Firstlook360 Searchcameras & Inspectioncameras – Tactical teams are always looking for hidden contraband, drugs, weapons or even people during their missions. Reconnaissance must be carried out in attics, basements, tunnels, tanks, or generally in rooms that are not easily accessible. Such rooms pose a significant threat to tactical teams in terms of unexpected attacks.

You can get all the essential information at a glance in our new presentation. And if you still have a question or would like a trial, just give us a call… 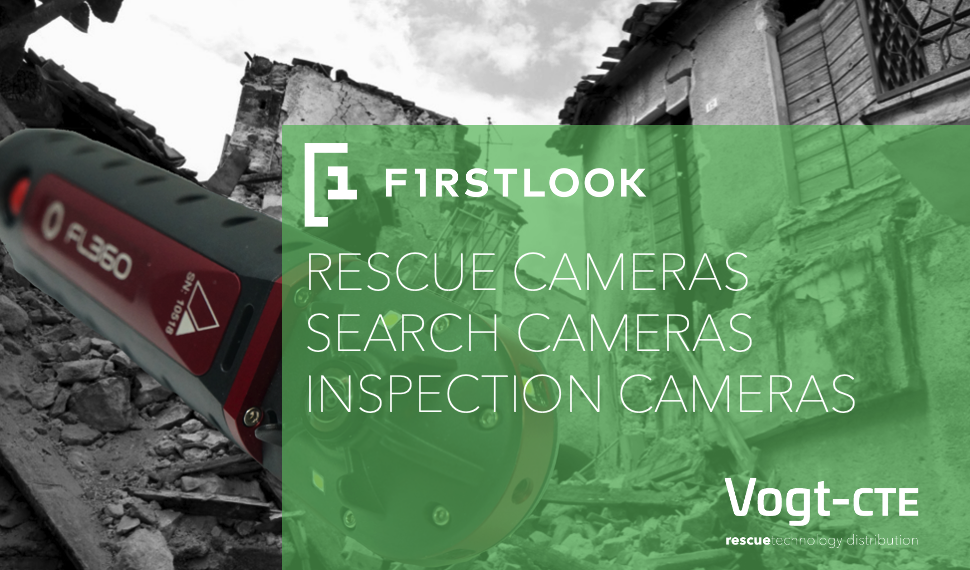 FIRSTLOOK360 (FL360) is a hybrid rescue camera that uses two cameras and specially developed software to stitch together multiple live spherical streams to create a smooth imagery landscape that can be viewed, analyzed and edited on a mobile device (tablet or smartphone). In addition, the digital video images are transmitted in HD quality and are designed for wired or wireless transmission to an Android mobile device.

Another great advantage offered by this technology is that the images can also be subsequently evaluated in the entire 360-degree spectrum. Not only the respective image sections are evaluated, since the rescue camera stores the entire spherical image. Third parties, such as the rescue leader, can subsequently search freely through the entire 360-degree view, which greatly increases the chances of a successful search.

In addition, it is possible to contact or receive sounds from the patient or victim through an intercom system and the microphones and speakers built into the rescue camera. The ability to communicate with patients and victims is an essential and important element of modern rescue cameras.

It is not possible to establish a secure and stable wireless communication between the rescue camera and the tablet for every rescue operation. To ensure that the rescue operation can still be carried out successfully, it is also possible to operate the FIRSTLOOK360 rescue camera wired and thus establish a stable and interference-resistant connection with the search camera.

In addition, the FIRSTLOOK360 rescue camera can also be used in water and can be easily converted and prepared for longer rescue operations in water. Short missions in wet environments can also be performed with the standard rescue camera equipment without damaging the rescue camera’s microphones and speakers.

The modern and innovative design of the FIRSTLOOK360 rescue camera enables uninterrupted operation, even if the batteries need to be replaced (hot-swap capability). The rescue operation can be continued seamlessly. In addition, the rescue camera uses commercially available rechargeable batteries or batteries and no special products that are time-consuming or costly to procure.

Tactical teams are always looking for hidden contraband, drugs, weapons or even people during their missions. Reconnaissance must be carried out in attics, basements, tunnels, tanks, or generally in rooms that are not easily accessible. Such rooms pose a significant threat to tactical teams in terms of unexpected attacks.

A search camera offers the possibility to greatly reduce this risk. With FirstLook360’s spherical imaging technology, a tactical team now has the chance to get a full 360° view of any object in seconds. To accomplish this, the Firstlook360 camera can be applied to various devices used by responders, allowing them to view the room by swiping their finger across the tablet screen. At the same time, the entire room can be recorded for evidence purposes. The system is designed to allow you to enter voids where humans cannot penetrate or are unsafe.

The mobile integration, lightweight and rugged design, 360° wireless spherical view and more allow tactical teams to see more and more safely than they ever could before and is suitable for the following units:

During a rescue operation, you want to be able to rely on your equipment unconditionally. The rescue operation must not be jeopardized by complex technology or technology failures. This is especially true for search and rescue cameras.

Innovative and reliable technology can help increase rescue success in disasters such as earthquakes or building collapses by better and more clearly identifying victims and determining their location under the rubble. Of course, this requires a certain degree of innovative technology coupled with absolute reliability even under difficult and harsh conditions at the scene.

FIRSTLOOK360 reduces search time and provides a comprehensive multi-purpose tool that can be used in various technical rescue situations.

The FL360 rescue camera has no moving parts that are susceptible to failure, limiting reliability 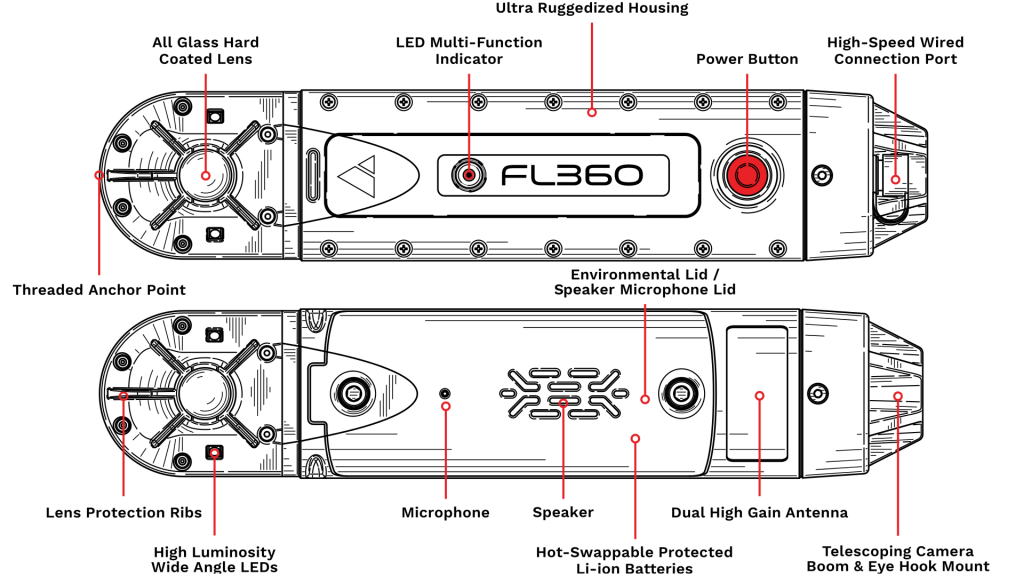 BECOME OUR PARTNER - EITHER AS A RESELLER OR DISTRIBUTOR